This is how we do the Holidays

Africa and the Middle East, the region Intouch Relocations calls home, is enormously diverse in terms of culture, religions, traditions and language. Christmas is celebrated in predominantly Christian countries but looks a little different to the Western version! Most notably, in Sub-Sharan Africa it is summer and most people head to the beaches or outdoors to celebrate, swopping snow for sand. And,although it is winter in the Middle East it is a glorious time to be outdoors.

This year we take a look at some of the more unusual and colourful holiday traditions in the East, West, South and North of Africa and the Middle East. 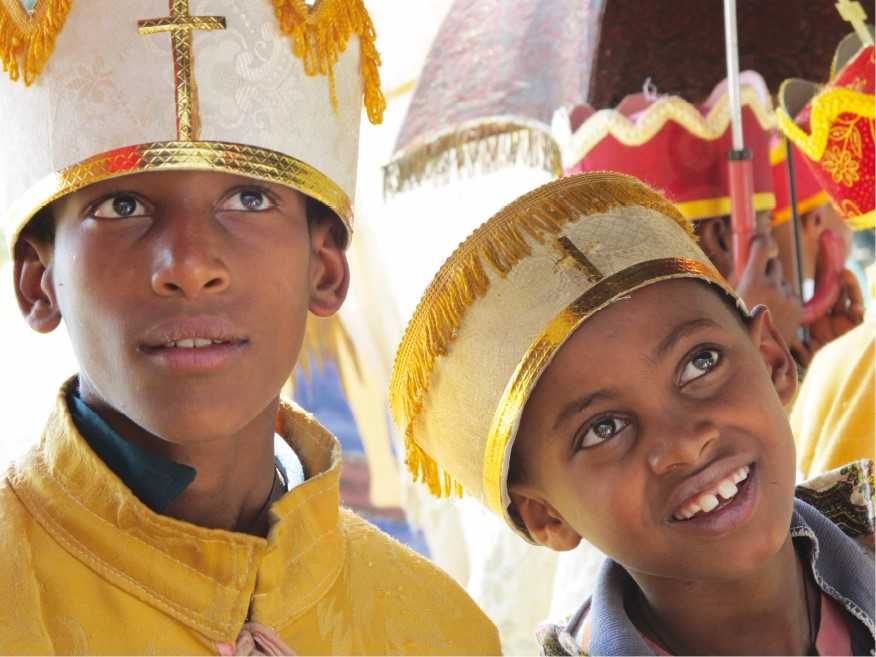 Many people take part in a special Advent fast during the 43 days before Christmas. It starts on 25th November and is known as the 'Fast of the Prophets' (Tsome Nebiyat). During this time, traditionally only one vegan meal is eaten each day.

On Christmas Day “Ganna”, people dress in a traditional garment called a “Netela”, a thin white cotton piece of cloth with brightly coloured stripes across the ends. The faithful attend an extended Christmas mass that starts on Christmas eve and ends in the early hours of Christmas day.

Traditional Christmas foods in Ethiopia include 'wat' which is a thick and spicy stew that contains meat and vegetables. Wat is eaten on a plate of 'injera' - a flat bread.

Twelve days after Ganna, on 19th January, Ethiopians start the three-day celebration of Timkat. It celebrates the baptism of Jesus. Children walk to church services in a procession. They wear the crowns and robes of the church youth groups that they belong to. Adults wear the Netela. The priests wear red and white robes and carry embroidered fringed umbrellas.

People don't give and receive present during Ganna and Timkat. Sometimes children might be given a small gift of some clothes from their family members. The focus is on going to church, sharing food and spending time with family. 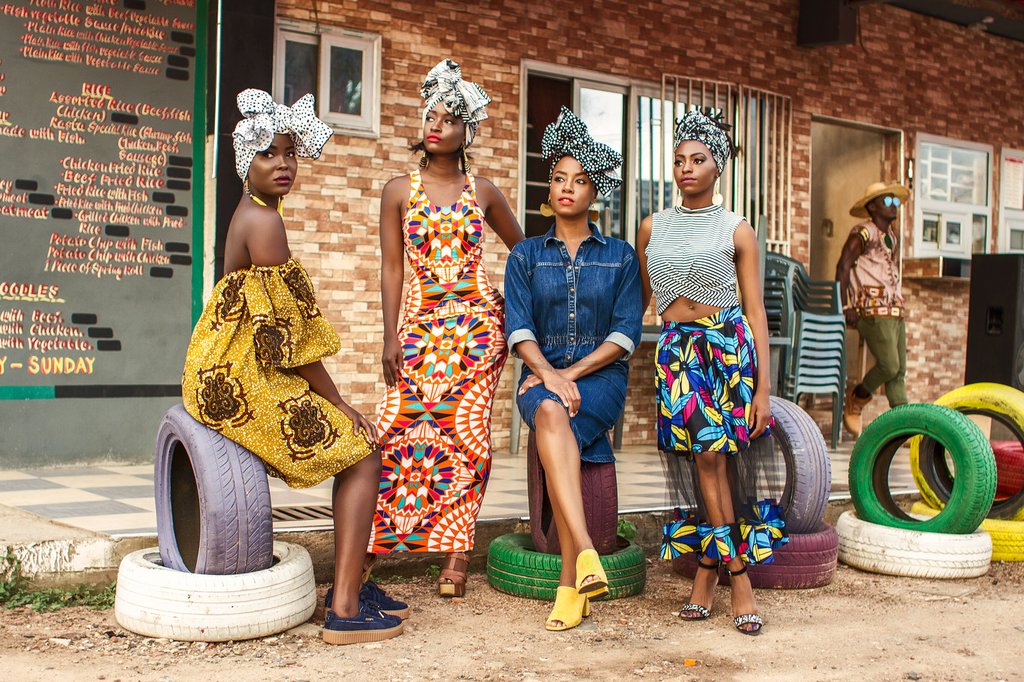 Many Ghanaians travel to visit their relatives and friends in other parts of the country over the Christmas period. Over 66 languages are spoken in Ghana and all these language groups have their own traditions and customs. December is the start of the cocoa harvest in Ghana, an important time for the world’s second biggest cocoa producer.

Celebrations start on Christmas Eve night with Church services, music, singing, dancing and performances going on late into the night. Some celebrate Christmas Eve with fireworks and parties.

New Year’s Eve is an opportunity to give thanks and ask for good fortune in the year to come. 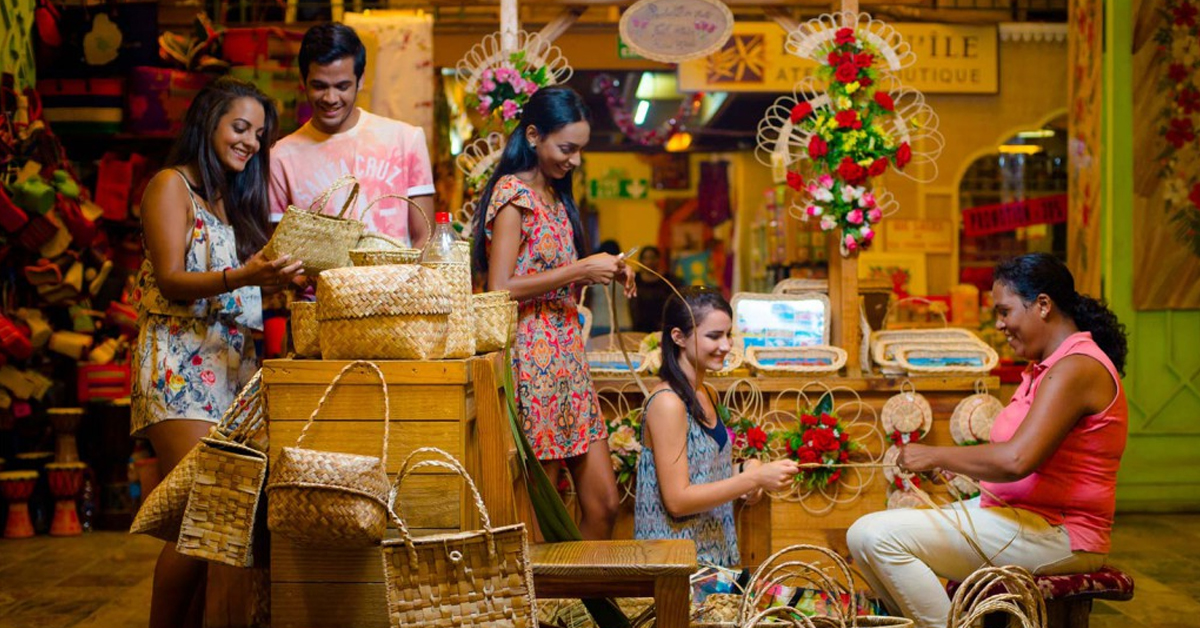 Mauritius has a very diverse population, with only about 30% being Christian. However, in true Mauritian style, all religions join together in the celebrations and Christmas is celebrated by almost everyone, with Christian and non-Christian alike getting together as families and exchanging gifts.It is traditional at this time of year to spring clean and refurbish the home, often with a fresh coat of paint, and also to buy a new outfit in honour of the celebration. Mauritians enjoy Christmas celebration in a lively tropical summery atmosphere under a usually scorching sun. Beautiful flame trees are in flower across the island, with their bright red fiery flowers adding to the vibrancy. It is a special season for families to spend time together. It is also peak tourist season in a country which relies heavily on tourism, making Christmas the most commercially profitable time of the year.A traditional Christmas menu in Mauritius could include chicken curry & rice, seafood and turkey. Many delicious tropical fruits are in season and would also feature prominently.Often extended families will gather on the beach for a barbecue. On Christmas Eve, most people set up and decorate their Christmas trees, and fireworks typically light up the night sky at midnight. Gifts are opened on Christmas morning. Christmas day, 25th December is a national holiday, spent with the family, often at the beach.

New Year’s Day is also considered a very important celebration for Mauritians of all religions. Celebrations take various forms. However, most Mauritians wear new clothes, many go to the church and temples in the morning and visit neighbours, relatives and friends throughout the day to convey their greetings for the new year. Many fast and consume only vegetarian dishes and fruits. 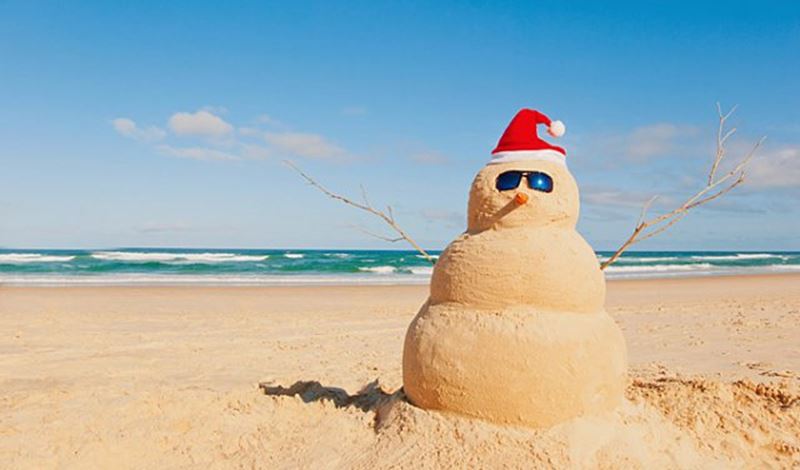 Schools are closed and business comes to a virtual standstill for two to three weeks over Christmas and New Year as most South Africans take their annual summer holiday. There is a mass migration to the coast, or ‘home’ (the traditional rural family home) as people gather in large extended family groups for the festivities. Many families attend Church services on Christmas morning and Carols by Candle light services are also popular events in towns and cities.

Many western traditions are followed, especially in urban areas, including traditional Christmas trees, visits by Father Christmas (rather incongruously dressed in his red & white winter gear), lights and decorations in homes and shopping malls accompanied by cheery Christmas themed music.

South African’s will never miss an opportunity to celebrate with family, friends, good food and drink and Christmas and New Year are no exception. One thing that all agree on is that the food should be plentiful and abundant, and particularly, there must be lots of meat!

The air will be filled with the scent of a thousand braai’s (barbeques) from sunrise to sunset. The Christmas table will differ depending on cultural and family traditions. Some Christmas tables will follow the western tradition, groaning with roast turkey, gammon, roast potatoes and many side dishes. Other families will serve roast lamb or beef stew. Some will braai either meat, seafood or both. There will always be lots of side dishes including samp and beans or mielie pap and a colourful selection of vegetable dishes and salads such as beetroot, butternut and bean salad, followed by many variations of Christmas pudding / desert. One of the most popular is a traditional deliciously indulgent desert called Malva Pudding (https://www.yourfamily.co.za/features/malva-pudding-recipes-youll-ever-need).

Boxing Day is also a public holiday in South Africa and one of the most popular days of the year for families to flock to beaches and swimming pools.

As a Muslim country, the UAE does not officially celebrate Christmas, however there is a tolerance of, and an embracing of all nationalities, religious denominations, churches and customs. There is a firm belief that there is a lot more that makes people similar than makes them different as described in the video clip of Khalid Al Ameri describing Christmas in Abu Dhabi: https://www.youtube.com/watch?v=MM8X6Yf0NkU

Abu Dhabi and Dubai in particular, welcome Christian’s from around the world as they celebrate Christmas. And, as only the UAE can, put on a spectacular display of Christmas trees, festive lights and music in the run up to Christmas. There are plenty of festive markets, fairs and events including The Irish Village’s hugely popular annual tree-lighting, complete with free mince pies and Dubai’s Madinat Jumeirah and Winter Festival.

There is a crisp and cool feeling in the air at this time of the year, but temperatures are pleasant enough to enjoy the many outdoor activities, markets and unique experiences of a multicultural and fun filled Christmas in the sun or to have a white Christmas at Ski Dubai!

Most people go out for Christmas dinner but if you prefer to stay in, you can even order a takeaway roast turkey dinner! Restaurants, bars and hotels across the emirate pull out every single last stop – right down to jolly Santa’s and gingerbread grottos. Most put on all the classic Christmas dishes, in addition to a sprawling buffet of seafood, salads, grills, desserts and cheeses, and special festive-themed beverages.

Christmas day is business as usual in Dubai with malls, supermarkets and restaurants staying open.